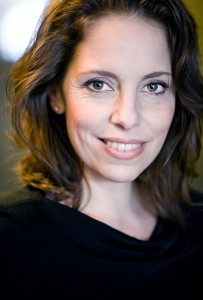 Soprano Kamila Benhamza started her career with acting and music theatre.  She sang several roles in operettas and musicals, including the title role in the Merry Widow by Léhar and leading roles in The Sound of Music by Rodgers and Hammerstein and Aspects of Love by Lloyd Webber.

Kamila studied acting in Stockholm before continuing her studies with Professor Laura Sarti at the Guildhall School of Music & Drama in London. During this time she sang Constance in Poulenc’s The dialogue of the Carmelites, First lady in The Magic Flute and Helene in Hindemith’s opera Hin und Zurück. She also sang Christel in the operetta Der Vogelhändler by Zeller and Bronislava in Millöcker’s Der Bettelstudent. Kamila graduated in 2004 and was awarded a scholarship from The Royal Swedish Academy of Music.

After her studies Kamila has sung in Le Nozze di Figaro, Idomeneo, Zoroastre, Die Fledermaus and L’enfant et les sortileges. She has worked with conductors such as  Sir Simon Rattle, Vladimir Jurowski, Christophe Rousset, Thomas Söndergaard, Laurence Equilbey, Mihkel Kütson and Gintaras Rinkevicius . Directors such as Peters Sellars, Stephen Lawless and Pierre Audi at the Glyndebourne Festival, the Holland Festival, the Royal Swedish Opera and at Drottningholm Court Theatre in Stockholm. She has also made an appearance at BBC Night of the Proms in the Royal Albert Hall.

In 2006 Kamila sang the principal role of Zaïde in Mozart Short Cuts. This pasticcio of Mozart arias staged by Macha Makaïeff and Jérôme Deschamps was performed at Cité de la Musique in Paris and in the opera houses of Luxemburg, Grenoble, Caen, Vichy and Nîmes. In 2007  Musetta ( La Bohème) at Skånska Operan and the principal role  Stella in Jonas Forsell´s opera The Pauper Princess at the Malmö Opera.  In 2009 and 2010 she sang Papagena (The Enchanted Flute) at Dalhalla directed by Stein Winge.

2011-2012 she made her film debut – A role in the Swedish multi-artist Anna Odell’s film The Reunion, (Återträffen), winner of the Fipresci prize for best debut film in the Venice film festival, international Critics Week sections, as well as the Swedish Guldbagge for Best Movie 2014.

Kamila´s recent engagements include the role of Javotte in Manon at Malmö Opera autumn 2013; directed by Renaud Doucet and conducted by Leif Segerstam, as well as Desdemona in Otello at Opera på Skäret in the summer 2014. 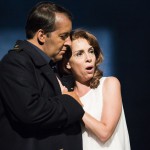 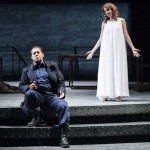 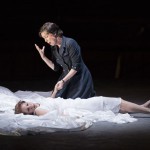 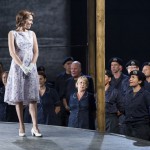 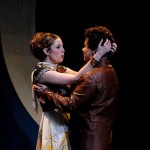 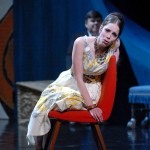